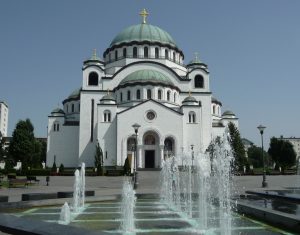 From whichever direction you approach the capital of Serbia, there’s one edifice you won’t be able to miss. Every day, its grandiose bell towers with almost 50 bells announce noon. The church is dedicated to Saint Sava, the founder of the Serbian Orthodox Church. From its location, it dominates Belgrade's cityscape and is perhaps the most monumental building in the city. 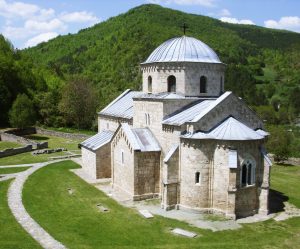 The monastery is a product of the love between the French queen Helen and King Urosh. There is a beautiful story about the King welcoming his queen with lilacs planted especially for her throughout the Ibar River Valley. Therefore, Ibar Valley has been known as Lilac Valley, since. The church’s exterior is showing an interesting mixture of eastern and western architecture. 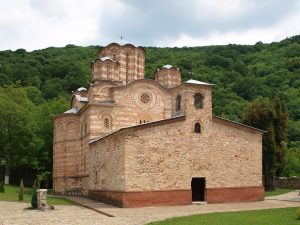 The Church of Ascension of the Lord of Ravanica Monastery was constructed between 1375 and 1381. In the following years, other buildings of the Ravanica Monastery complex were added. The Monastery is the principal and the largest endowment of Prince Lazar who was buried here. The Monastery was destroyed, burned, and reconstructed again, over the years. The last reconstruction and new fresco paintings were made in the 18th century. 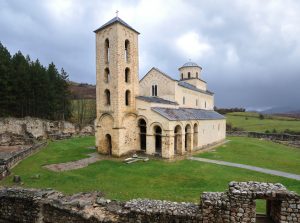 The Sopoćani Monastery, dedicated to the Holy Trinity, is an endowment of Serbian king Stefan Uroš I. The monastery was built near the source of the river Raška, 17 kilometers from the town of Novi Pazar. The Sopoćani monastery represents an exceptional example of the Raška School. It was named after the Old Slavic word “sopot” which means “spring”. Frescoes of the Sopoćani monastery are world-famous masterpieces of art. 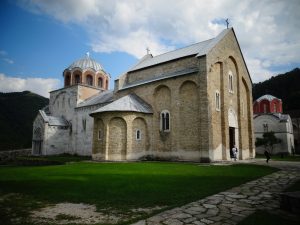 The ones that have visited Studenica, the monastery considered one of the biggest treasures of the Serbian Orthodox Church, say that its uniqueness is owned to the combination of Ras and Byzantine styles, white marble and beautiful frescoes among which the oldest ones date back to the 12th century. Numerous believers and connoisseurs of the medieval culture visit Studenica with one goal, to see the “Crucifixion” (The Studenica Crucifixion), the fresco considered one of the most beautiful frescoes in Serbia. The Studenica monastery is located on the slopes of Mt. Radočelo, in central Serbia. 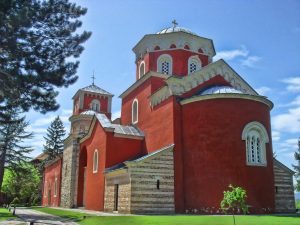 The last in this line of beautiful religious monuments is the Zica monastery. It is known as Serbian Coronation Church. Eight members of the Nemanjic dynasty were all crowned in Zica, including Stefan Prvovencani, the Firstly Crowned. The coronation ceremony took place in this church and was conducted by Stefan’s brother, monk Sava, who was going to become Serbian patron saint. It is the only church painted in red, symbolizing the blood of the saints.