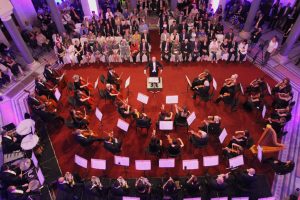 The Nights of Bascarsija is the largest cultural event – summer festival devoted to culture held in Sarajevo. The Festival is held each year between July 1st and 31st with events held at various locations throughout Sarajevo. Every year, Bascarshija Nights offers top performances from the world of opera, ballet, and theater, as well as concerts, literary evenings, children’s programs and film screening. 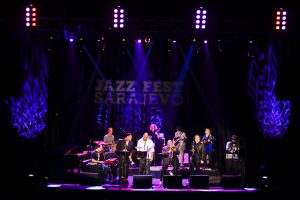 Jazz Fest Sarajevo is an annual celebration of contemporary music, based on jazz and improvised music, since 1997. The week-long event features well-known jazz musicians from around the world but also invites new and prospective artists for performances in several venues around the city. The main objective of the Festival is the popularization and promotion of jazz and improvised music in Bosnia and Herzegovina. Since the festival's inception, it has presented hundreds of musicians from 60 countries in more than 300 concerts. 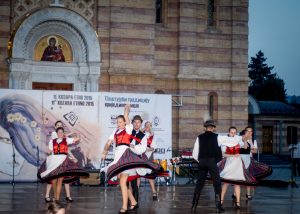 The international “Kozara Ethno” festival has been held since 2005 in Banja Luka, at the beginning of July. This festival through its few days duration, tells the story of people from Kozara. It shows how they used to live there back in the past. Their customs are a real attraction for tourists from everywhere. Kozara Ethno festival is open to visitors from all over the world, as an authentic experience in Bosnia-Herzegovina. The event presents different village activities such as mowing, harvesting, processing of textiles, cooking, weddings, and more. Many cultural events, including exhibitions and seminars, accompany the festivities.

Also, the event is colored by authentic Ethno sounds, from original Ethno songs and music. Groups of men and women from the Kozara region participate in the performance of these songs, as well as some guests from neighboring countries. 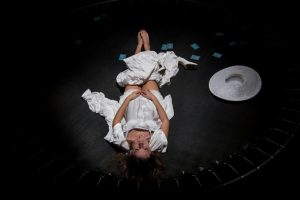 MESS, which stands for Small Experimental Stage, offers theater and modern dance performances that are hand-selected from all Europe. This theatre festival takes place every October in Sarajevo and exists since 1960. Theatre and modern dance performances are chosen from all over Europe and performed in their original languages, sometimes with local language translation displayed above the stage.

The traditional event ”Summer on Vrbas” is held in the second half of July under the walls of Kastel fortress in Bosnia’s most interesting city – Banja Luka. The main activities of the event are dayak and kayak racing boats, jumping from the City bridge, as well as performances of cultural, artistic and musical groups. It is the perfect combination of cultural pursuits with athletic events that make this event unique.

Sarajevo Film Festival is an international film festival with a great focus on the region of South-East, shining an international spotlight on films, talent, and future projects from the region. The premier and the largest film festival in the Balkans region, Sarajevo Film Festival is also one of the largest in Europe and became the most honored festival in all of Bosnia and Herzegovina. Apart from the performances on the main stage, the regional shows and the ‘Panorama’, host some of the world’s best documentaries. This event is the best venue to get a taste of the works of some of southeast Europe’s best filmmakers. 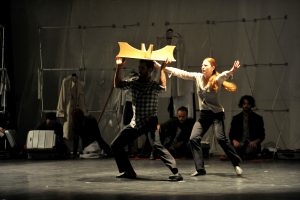 The longest of all Sarajevo festivals, the International winter festival of Sarajevo, lasting over two months, has become an inseparable part of the Bosnian capital city and a symbol of Bosnian cultural creativity. The festival is held between February and March every year with at least one event on the agenda daily. This is a festival that includes many genres of art. The performances include music concerts, contemporary art shows, sculpture exhibitions, modern dancing and cultural shows among various others.