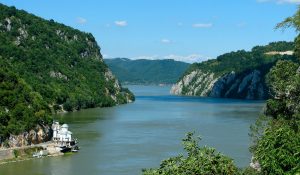 Located on the Danube River where it borders Romania in eastern Serbia, the Djerdap National Park contains some of the country's most impressive natural beauty and archaeological sites. The main feature of the national park is the Djerdap Gorge, known as the Iron Gate. Here is one of the deepest river points found in the world at over 80 meters. The park has the greatest biodiversity within one ecosystem. The Djerdap National Park has become one of the most visited sites in Serbia, with hotels and tourist accommodations located throughout the park, particularly around the area of the lake. 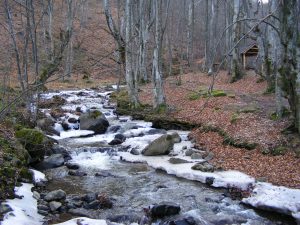 Kopaonik, the largest mountain range in Serbia, extends for 80 km and has a width of around 40 km in the middle. The range of mountains in the area, wooded slopes, and picturesque valleys, rivers, and streams, are all home to many species of protected flora and fauna. Due to its valuable ecosystem, Kopaonik became a national park in 1981. Kopaonik lends itself to active relaxation throughout the year and is the largest and best-known Serbian ski center. The mountain is especially beautiful for its distinctive landscape of dense coniferous forests. 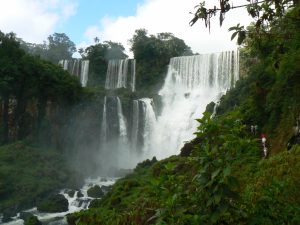 Located in Western Serbia, Mountain Tara is part of the Dinaric Alps and its slopes are clad in dense forests with numerous high-altitude clearings and meadows, steep cliffs, deep ravines, and many karsts, or limestone caves. Mountain Tara was declared a National park in 1981. Besides being proclaimed as prime Butterfly Area, the park has numerous archaeological sites and monuments dating from the Neolithic period to modern times.  Most important are the Račа Monastery, оne of the most important centers of Serbian medieval literacy, and the necropolis with tombstones in Rastiste and Perucac, which are nominated for UNESCO World Heritage List. 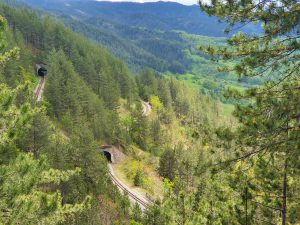 “Shargan Eight” is one of the most unique tourist attractions in Serbia. It is a museum railway like it cannot be seen elsewhere in Europe and is considered to be a construction masterpiece in the world among the narrow-gauge railway lines. Should you visit this attraction in the mountain of Mokra Gora, you will enjoy spectacular viewpoints while you are having your two and a half hour journey on the train "Nostalgija", which is consisted of restored wagons and operates during the summer and winter tourist season. The trains are hauled by diesel or steam locomotives. And the track of 760 mm gauge width passes through the most beautiful mountain areas of Mokra Gora passing 5 bridges and 22 tunnels. On the total length of the railway line, on the Mokra Gora – Šargan Vitasi route, in the length of 15.5 km passes the height difference of 300 m. 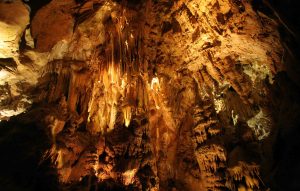 The Resavska cave (Pećina), located in eastern Serbia, is set into the limestone hill of Babina Glava on the fringes of the Divljakovac karst field with its entrance at 485 meters above sea-level. It is one of the oldest caves in Serbia, some 80 million years old. The Resava cave was discovered in 1962, and it was opened to visitors in 1972. The temperature in the Resava cave is a constant 7°C all year round, with air humidity varying between 80 and 100%. The interior of the cave abounds in numerous and varied halls, channels, galleries, columns, stalactites, stalagmites, draperies, and flow-stone waterfalls. 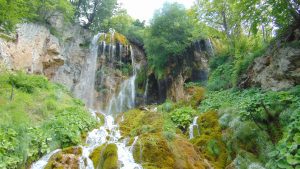 Sopotnica village is renowned for its gorgeous icy-cold springs with ancient watermills and the several waterfalls at the altitude of 1000 meters, just above the tiny village. Surrounded by carpets of stunning fields full of fragrant flowers and medicinal herbs in the very heart of unique Eco-environment, Sopotnica area was declared in 2005 a Nature Park of Serbia. Uniquely delicious food – roasted mountainous lamb, tasteful homemade products, delicious wild pear, and other fruits brandy skilfully prepared by local hosts, seduce the visitors to this tranquil place, to fulfill the genuine flavors of intact nature of Serbia.