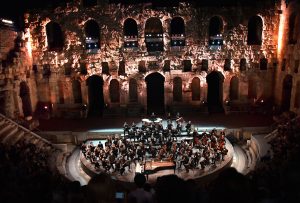 Greece’s foremost cultural festival and one of the oldest performing arts festivals in Europe, the Athens and Epidaurus Festival each Year presents numerous theatre, dance and music artists, acclaimed in Greece and worldwide, attracting audiences from all around the world. Performances are held annually in June, July, and August, or more specifically: Athens Festival performances are presented between June 1st and mid to late July. Epidaurus performances are presented every Friday and Saturday, from the beginning of July to mid-August. Both parts of the festival are held in interesting venues, like the Odeon of Herodes Atticus, Peiraios 260 in Athens, and the Ancient Theatre or Little Theatre of Ancient Epidaurus in Epidaurus. 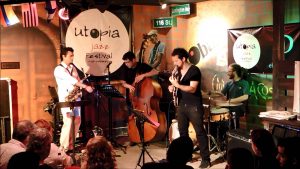 The Gyzi Megaron Cultural Centre, housed in a 17th-century family mansion of exceptional architectural beauty, organizes the annual Gyzi Megaron Festival, which includes music concerts, art exhibitions, and other cultural events. This feast of culture, established in 2007, has become a much-loved institution in the life of Santorini, attracting audiences from the local community and visitors to the island. Thanks to the support of the Catholic Diocese of Santorini, the events are free for all visitors. 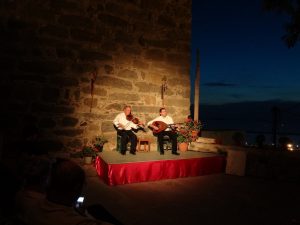 Naxos island, being the largest island of Cyclades counts on plenty of religious festivals which are known since antiquity. Once a year the villages and settlements of Naxos celebrate their patron saints with traditional dances and music, local delights and wine served to the people. In the past, feasts were usually held in the countryside but today locals organize these celebrations at the central spots of the island so that everyone can take part in the celebration. 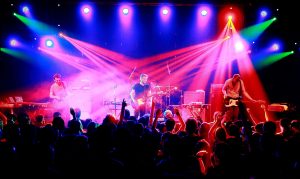 Rockwave Festival began its journey in 1996. Since then, Rockwave is proud to have accomplished its goal. Apart from becoming a Greek institution, Rockwave is considered to be the most iconic festival in Eastern Europe. Furthermore, being among the biggest festivals worldwide, Rockwave Festival welcomes each year the greatest bands and most popular artists of the music industry. Over 200 international and Greek artists have been part of the Rockwave Festival history. The festival is held annually every July in Terra Vibe Park, about 40 kilometers from Athens. 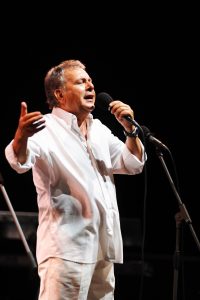 In Sani Resort, in 1992, when the first Sani Festival was staged on Sani Hill, there was excitement and expectations, the ambition to keep going, and concern regarding the size this cultural initiative – unique for Greek standards – would reach. Today, Sani Festival, one of the first private initiatives in Greece at the time, is a 26-years-old institution that is popular around the world with major fans who can’t wait for it to begin every summer. What started as ‘Jazz on the Hill’ soon acquired “sisters” – ‘Sani Classic, Sounds of the World, Greek Variations, cinematic music, theatre, and visual projects, and so on – which led to its growth, and recognition by an even broader audience. 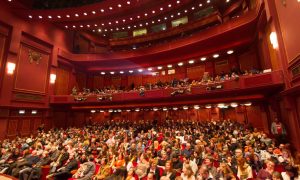 This Festival has become one of Southeast Europe's primary showcases for the work of new and emerging filmmakers. The event features the International Section, a panorama of Greek films, the New Horizons program, the Balkan Survey, and numerous retrospectives and tributes to leading figures in the world of film. The Festival is competitive with the International Selection jury awarding several prizes each year, most notably the "Golden Alexander" for Best Feature-Length Film. Since 1992, the International Thessaloniki Film Festival has striven to present the most innovative independent films from around the world.