Boyana Church is a medieval Bulgarian Orthodox Church located on the outskirts of Sofia, the capital of Bulgaria, in the expensive Boyana quarter. The church consists of three buildings. The Eastern Church was built in the 10th century, then enlarged at the beginning of the 13th century by the noble Sebastocrator Kaloyan, who ordered a second two-story building to be erected next to it. The frescoes in the second church, painted in 1259 by the painters of the Tarnovo Artistic School, make it one of the most important collections of medieval paintings. The ensemble is completed by a third church, built at the beginning of the 19th century. This site is one of the most complete and perfectly preserved monuments of east European medieval art with an incredible fresco painting that consists of 89 scenes with 240 human images depicted on the walls of the church. In 1979, this monument of culture was added to the UNESCO World Heritage List.

Ivanovo Rock Churches are located in close proximity of the village of Ivanovo. The stairs system in the rocks provides access for visitors to the various churches and chapels in the region. The rock monastery “St. Archangel Michael” was founded in 1220 by the monk Yoakim, who later became a Bulgarian patriarch. The wall paintings show the specifics of the Bulgarian church art in the 13th and 14th centuries.
The wall paintings in the church devoted to “St. Mary “are world famous. They are among the most representative models of Palaeologus Art on the Balkan Peninsula. Their exceptional artistic qualities are the reason for their inclusion by UNESCO in the list of the global cultural inheritance in 1979. In the 14th century, the monastery becomes a center of Hesychasm, a mystical tradition of prayer in the Eastern Orthodox Church. Today, the monastery is not active.

Rila Monastery is one of the Bulgaria’s most important cultural, historical and architectural monuments and it is among the famous tourist attractions in Bulgaria and Southern Europe. It is located in the southwestern Rila Mountains at an elevation of 1 147 m above the sea level. The monastery was founded in the 10th century by St Ivan of Rila, a hermit canonized by the Orthodox Church. His acetic dwelling and tomb became a holy site and were transformed into a monastic complex that played an important role in the spiritual and social life of medieval Bulgaria. Destroyed by fire at the beginning of the 19th century, the complex was rebuilt between 1834 and 1862. The monastery complex, regarded as one of the masterpieces of the Bulgarian National Revival architecture, was declared a national historical monument in 1976 and became a UNESCO World Heritage Site in 1983. Since 1991 it has been entirely subordinate to the Holy Synod of the Bulgarian Orthodox Church. It houses around 60 monks.

Sofia Synagogue and its History Museum

Sofia Synagogue and its History Museum is situated in the capital of the country and it is the largest Sephardic (Spanish-Jewish) synagogue in Europe and one of the most beautiful architectural monuments in Bulgaria. It was built on the place where the old synagogue Ahab and Hashed used to be. Its building was finished in 1909. The architecture of the Sofia Synagogue is magnificent as well as the decoration of the interior.
A Jewish History Museum of the Organization of the Bulgarian Jews “Shalom” has been operating in the Sofia Synagogue since 1992. The purpose of the museum is to find, explore and preserve items, pictures and documents, related to the Jewish culture and historical heritage in the country. It has two permanent exhibitions – The Jewish Communities in Bulgaria and the Holocaust and the Rescue of the Jews in Bulgaria. 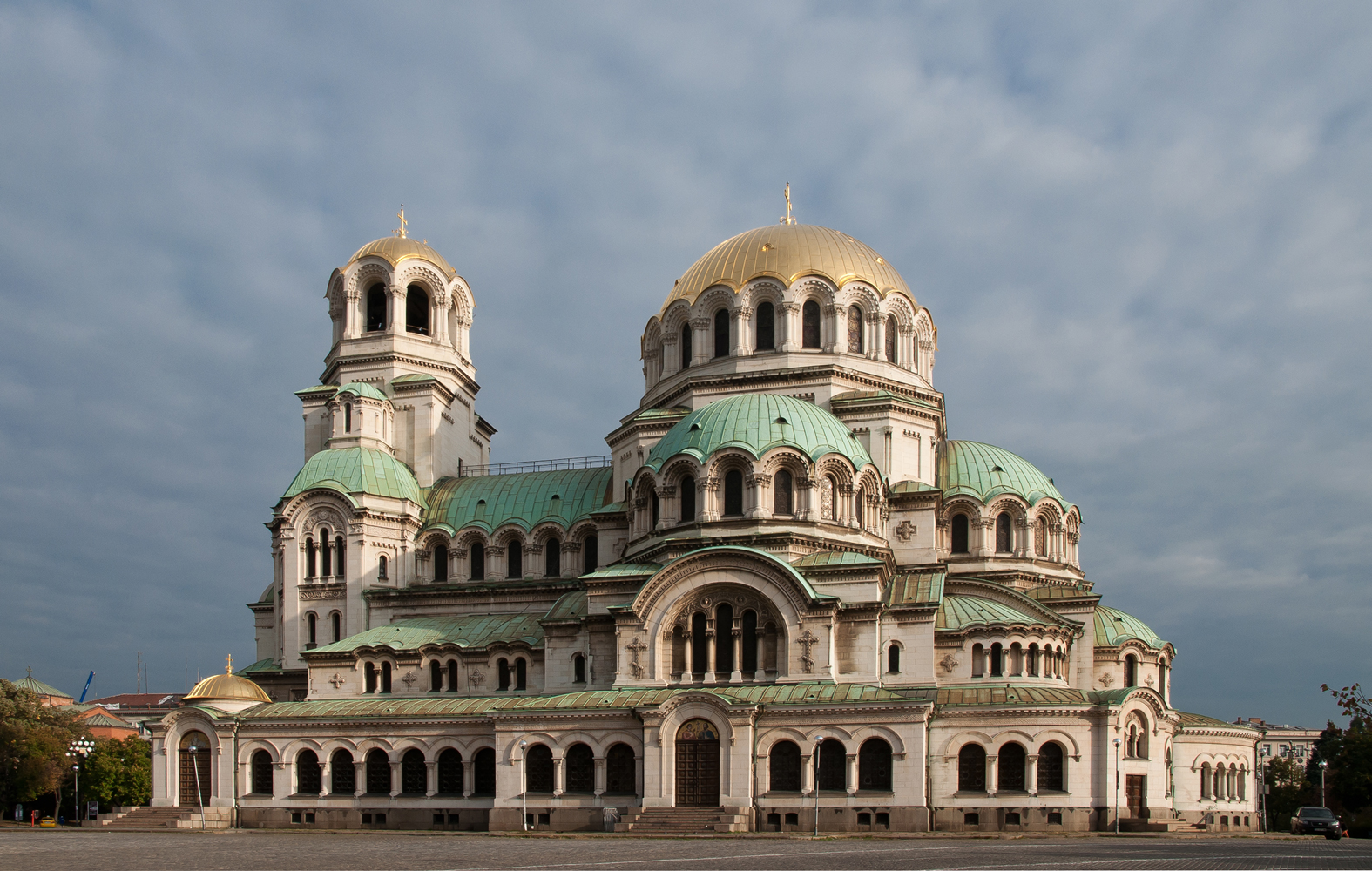 The Cathedral “St. Alexander Nevsky” is considered a symbol of the Bulgarian capital. It is located in the center of Sofia, at the eponymous square. The temple was built in honor of the Russian Emperor Alexander the 2nd, whose army liberated Bulgaria of the five-century-long Ottoman domination in 1878. St. Alexander Nevsky, whose name the cathedral bears, was a Russian prince, a great military commander, and diplomat. He is a saint, patron of the Russian Emperor Alexander 2nd and he is a symbol of Russian military glory.
The construction began in 1904, but the temple was completed in 1912 and inaugurated in 1924. The building covers an area of 3 170m² and can accommodate up to 5000 people. It has an impressive architecture which domes are covered with gold. The temple interior is unique with magnificent marble decorations, mural paintings, and 62 icons, made by Bulgarian, Russian and Czech artists. Today, it is the cathedral church of the Patriarch of Bulgaria and it is the second largest Orthodox cathedral on the Balkans after the Cathedral of St Sava in Belgrade.

The Rotunda St. George Church is the oldest and the best preserved monument of architecture since Roman times in Sofia. It was built at the beginning of the 4th century AD. The temple is situated in the courtyard of the Government Office, just a couple of meters of the remains of the ancient fortress Serdika. Originally the building was used for public purposes. After the recognition of Christianity as a religion in the Roman Empire, the Rotunda became a baptistery. At the time of Emperor Justinian the Great, the Rotunda was transformed into a church with remarkable fresco painting. During the Ottoman rule, it was transformed into a mosque when the paintings on the walls were obliterated with white plaster and in their place were painted floral motifs. After the liberation of Bulgaria in 1878, the Rotunda was deserted and after the death of Prince Alexander Battenberg, it was transformed into a mausoleum. Its restoration began in 1915. Today the temple is operational and performs daily worships in the Eastern Church singing, also known as Byzantine music.

The Troyan Monastery as a monastery complex is the third largest in Bulgaria, situated in the beautiful valley of the river Cherni Osam, 10km south from the town of Troyan. According to the historical documents, the monastery was first founded in 1600 and reconstructed in the period between 1830 and 1865 in its present look. As an architectural style of the buildings, it is associated with the School of Revival. The most significant architectural and cultural monument is the main church devoted to “The Assumption of Virgin Mary”, which was built in the period between 1835 and 1837. The Troyan monastery was also a shelter of the Apostle of Freedom, Vasil Levski, who formed revolutionary committees not only in Troyan but also in the monastery itself. The secret monastery committee was composed of 80 monks and the cell where revolutionary strategies were discussed is preserved to the present day in its authentic look. The monastery offers accommodation for tourists since the complex has also its hotel section. There are catering establishments nearby, in which the traditional Troyan foods and drinks can be tasted.