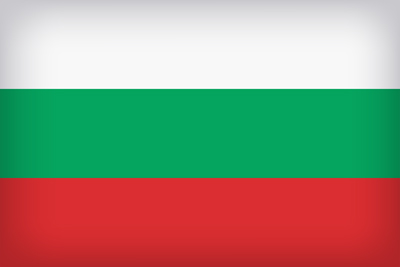 The Republic of Bulgaria is located in the southeastern part of Europe. It is bordered by Romania to the north; Serbia and Macedonia to the west, Greece, and Turkey to the south and the Black Sea to the east. With an area of 110.994 km², Bulgaria is counting around 7.202.198 inhabitants. Capital of the country, as well as the largest city,  is Sofia, representing the political, educational, cultural, religious, economic and administrative center, but the country is a home of 28 provinces. Bulgaria is a member of the European Union since 2007 and it is Europe’s 16th largest country. It is also a member of NATO and the Council of Europe, as well as a founding state of the Organization for Security and Co-operation in Europe.

Bulgarian, which is part of the Slavic language family, is the official language of the country.

The Republic of Bulgaria is an orthodox country and more than three-quarters of the population is subscribed to Eastern Orthodoxy.

The official currency of Bulgaria is called “Bulgarian lev”. The country committed to switching its currency to the euro, but the transition will occur once the country meets all the euro convergence criteria. At the moment, Bulgaria has met three out of the five criteria in the last convergence report published by the European Central Bank in June 2016.

A cradle of great history, important cultural legacy, beautiful orthodox monasteries, extraordinary nature and landscapes, as well as delicious traditional cuisine in combination with the best local wines and the smile of the welcoming people, Bulgaria offer an interesting tourist product that deserves to be seen and explored.